As we saw in Braking, a car travels a long way while its driver is simply reacting to a situation, and further still while the driver carries out his actions. While driving you must constantly allow for the reaction time needed before you brake, steer or accelerate when confronted by a hazard.

Reaction times vary widely from person to person, and are invariably longer than you might think. A professional racing driver who is physically fit, gifted in high speed driving and fired with adrenalin can react remarkably quickly, in as little as 0.2 of a second. This represents the time which elapses between the driver spotting a hazard and beginning his action, whether pressing the brake pedal, accelerating or moving the steering wheel. If you consider that it takes about one second to say 'one thousand', you begin to appreciate the lightning speed of a racing driver's reactions: in one-fifth of this time he can recognise a hazard, decide on the degree of danger, assess what might happen next, choose a course of action and than act on it.

The average motorist is much slower to react: around 0.5 of a second is still good, 0.8 of a second is satisfactory and even one second is not too bad. Anything longer than a second is beginning to be dangerously slow. You might have a rough idea, even an inflated one, of how good your reactions are, but your own time is difficult to measure unless you have a proper medically-verified check. Some driving centres have simulation testers: you sit at the simulated controls of a car and have to brake when a hazard, or just a 'brake' warning, flashes on the screen in front of you. There is also a party game which allows you to compare your reactions with those of other people simply by gripping a long piece of card which someone drops between your thumb and forefinger, but this is only a comparative guide.

Remember that the speed of your reactions can vary considerably; they slow down if you are tired, ill or under stress. If you have to drive when you are feeling at all below par, you must take this into account. Your reaction time might be 0.5 of a second when you are fit, but when you have a heavy cold it could increase to 0.8 of a second. That extra 0.3 of a second makes a tremendous difference to the distance you travel before you start to take avoiding action for a hazard ahead.

The accompanying tables show how far you travel for three different reaction times at various speeds. Assume that your reaction time approaches one second and allow for this in the semi-instinctive calculations you make on the road when judging braking distance, an overtaking manoeuvre and so on.

You should, of course, reduce the effect of your reaction time by reading the road and realising when and where a hazard might occur. If you suspect that potential danger lies ahead, it is always wise to lift off the accelerator and hold your right foot poised over the brake pedal. This anticipation will save valuable tenths of a second by eliminating the delay while the brain passes a `lift off accelerator, move on to brake' message to your right foot.

You must allow more reaction time at night because your eyes have to adjust constantly to changing levels of light. The iris of the eye contracts quickly to adjust your vision when bright headlights approach, but it takes much longer to adapt to darkness again once the lights have gone; while your eyes adjust to the darkness you are driving with temporarily impaired vision. During these moments when it is more difficult to see what lies ahead, the time needed to recognise developments which may affect you will increase. Making allowance for this was discussed in Driving at Night; since your reaction time can rise to several seconds, reduce your speed accordingly.

While you can take a little positive action to allow for the effect of your own reaction time, nothing can be done about the shortcomings of road users around you other than always to expect slow reactions in other drivers. It is common for someone involved in an accident to complain that the other driver 'had plenty of time to see me', and maybe by the aggrieved driver's standards he did. But sharp reactions in another driver cannot be taken for granted. An incident where two vehicles collide because Driver One pulls away too slowly across the path of Driver Two could be blamed on both parties; Driver Two is wrong to assume that Driver One has quick reactions and should allow room for his hesitant approach.

Before we leave the subject of reaction times, there are two popular myths which must be exploded. The first is the view, thankfully now rejected by the vast majority of drivers, that alcohol speeds up reactions. Drinking has precisely the opposite effect, for it dulls the nervous system so that you react more slowly to outside influences. The problem is that judgement diminishes under the influence of alcohol, so that some people think that they can react more quickly after a few drinks. It cannot be stressed too strongly that you should never drink and drive. Remember too that drugs can also slow you down, so when you are prescribed drugs ask your doctor if it is safe to drive. You should also read the labels on any pills you buy from a chemist; anti-sickness tables, for example, can have side-effects which are disastrous when you are driving.

The second myth is that familiar claim from drivers involved in an accident: 'I stopped dead'. Now that you know just how far you can travel while you are reacting to a hazard, you can see that this statement can never be true. Besides, no cars can ever stop 'dead': if they could, the occupants would be killed by the deceleration forces . . . 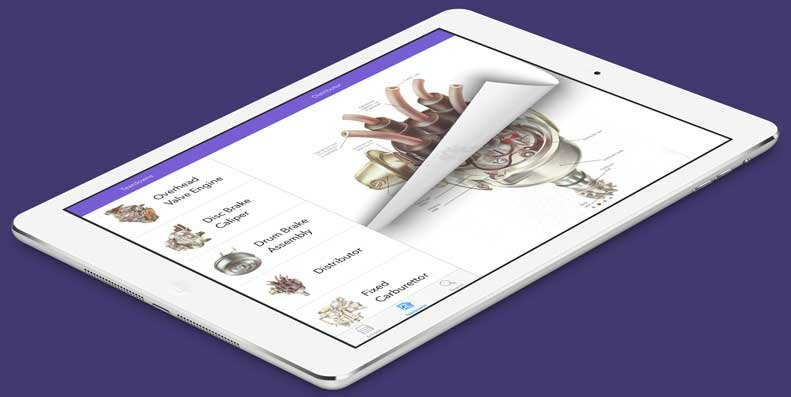