What does the 2022 Hyundai Elantra Hybrid offer?

The 2022 Hyundai Elantra Hybrid was voted “Best Hybrid and Electric Cars for the Money in 2022” by U.S News, and has a lower five-year cost of ownership than any of its rivals. However, that doesn't make it the best buy solely based on that criterion. Both trims - Blue and Limited - have plenty of space for five adults despite some unnecessary plastic interior pieces. 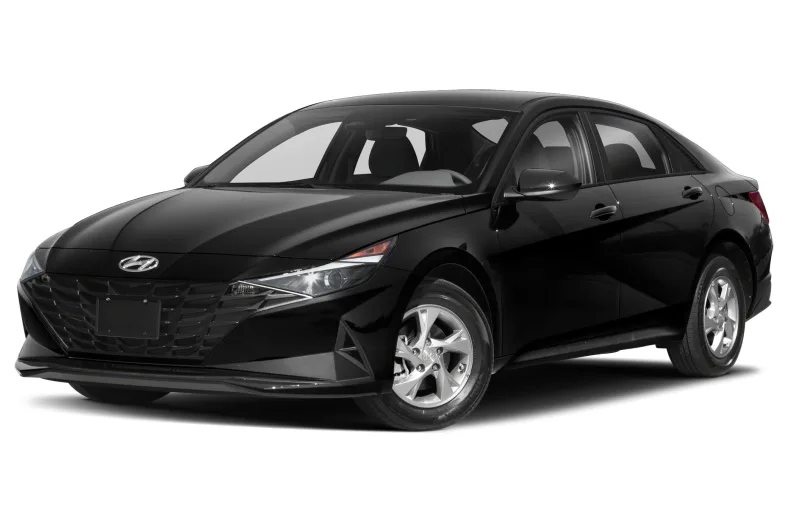 The base Elantra comes with a naturally-aspirated 2.0-liter four-cylinder engine that produces 147 horsepower and 132 pound-feet of torque for the SE and SEL models. If you want something sportier, go for the N Line model which has a 1.6 liter turbocharged engine instead - long story short, it's more powerful with 201 horsepower and 195 pound feet of torque.

The hybrid models come with a 1.6-liter four-cylinder engine that's paired with an electric motor, which results in 139 horsepower--slightly less than the base engine. However, it has more torque at 195 pound-feet--equal to that of the N Line. The SE and SEL have a CVT (continuously variable transmission) while the N Line, Blue Hybrid, and Limited Hybrid models come with a DCT (dual clutch transmission).

The biggest difference between the N Line and the other models is that the N Line has a seven-speed DCT while the others have six-speed DCTs. We drove it briefly and were very pleased with its peppier acceleration and nimble handling--two characteristics which make this car more athletic than the others without sacrificing ride quality.

Is the Hyundai Elantra Hybrid Blue the better trim?

The 2022 Hyundai Elantra Blue hybrid sedan has a asking price of $23,750. It is estimated to receive 53 mpg in the city and 56 mpg on the highway which pales in comparison to it's sister car, the Limited model that gets 49 mpg and 52 mpg respectively. Although cheaper to own and operate, The Blue sacrifices some features that are only available in the Higher endLimited package.

Why then, would anyone want purchase  the Hyundai Elantra Hybrid over any other type of vehicle?

The 2022 Hyundai Elantra Hybrid not only has a low purchase price of $23,750, but also a projected five-year ownership cost of around $40,000. This makes the compact one of the best hybrid cars for the money.

The $27,380 Toyota Camry Hybrid LE has a projected five-year ownership cost of approximately $41,700 while getting an estimated 51 mpg in the city and 53 mpg on the highway.